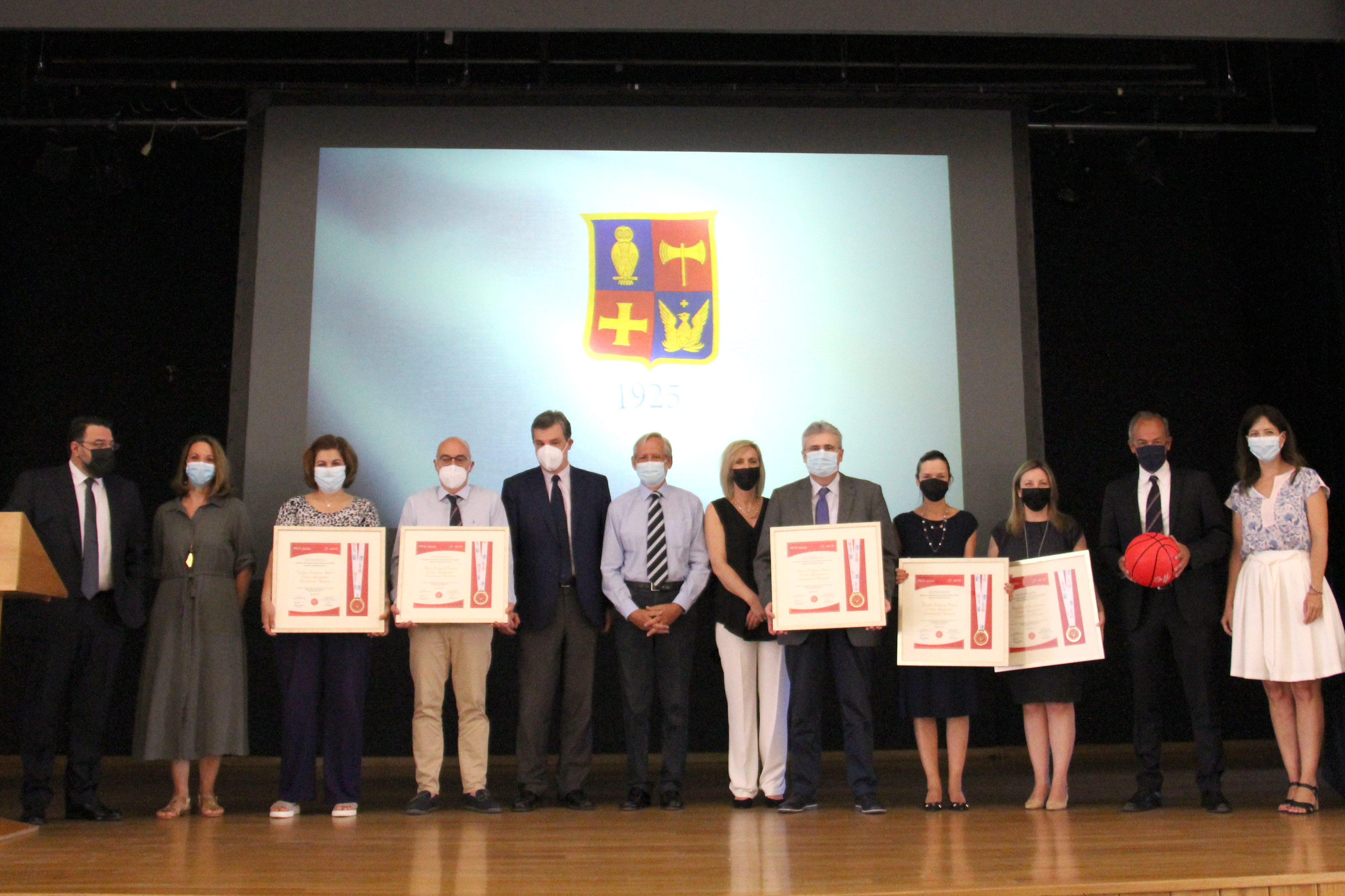 The ceremony marking the certification of Athens College as a Unified Champion School by Special Olympics Hellas took place on Thursday, June 24, 2021 in Choremi Auditorium. 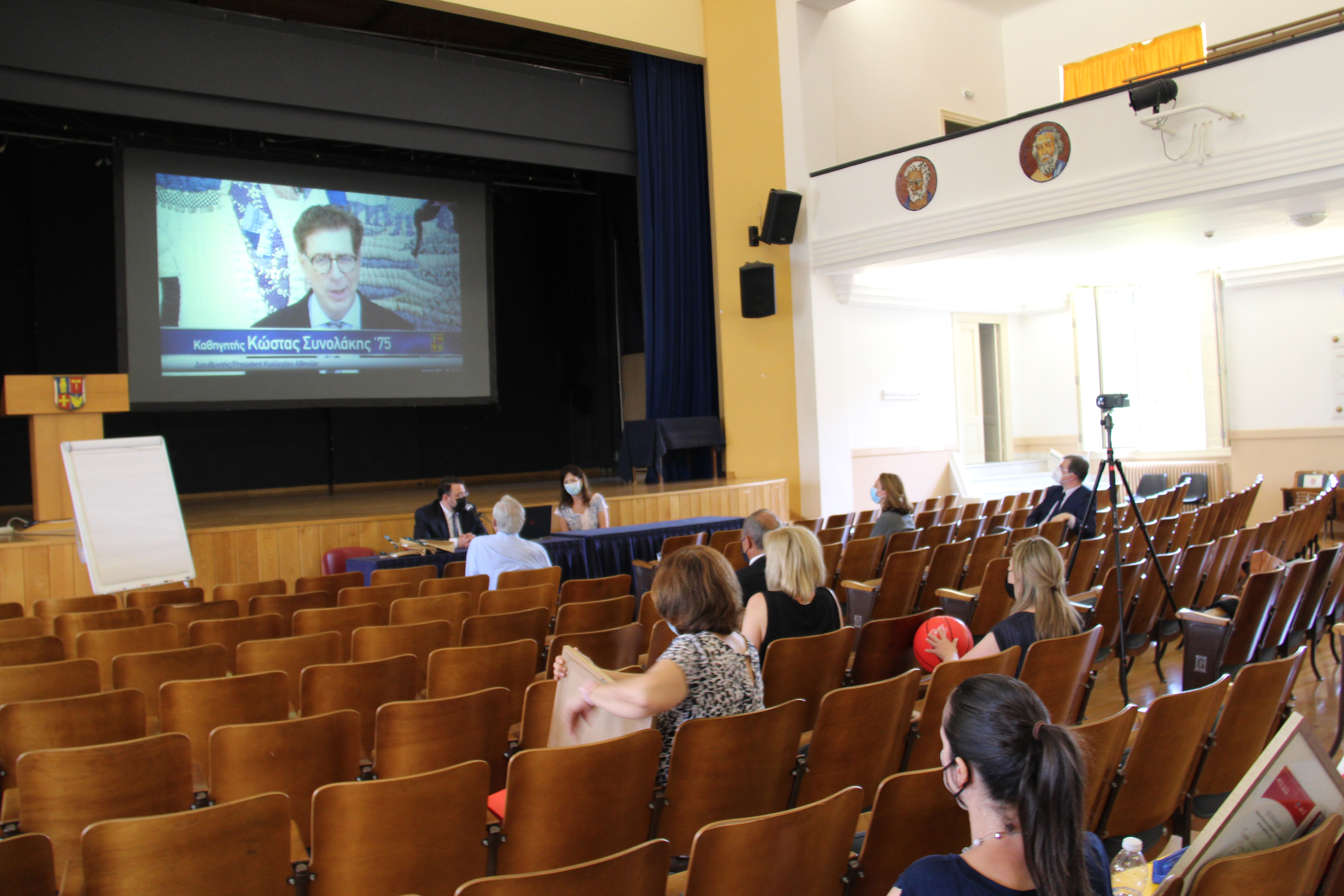 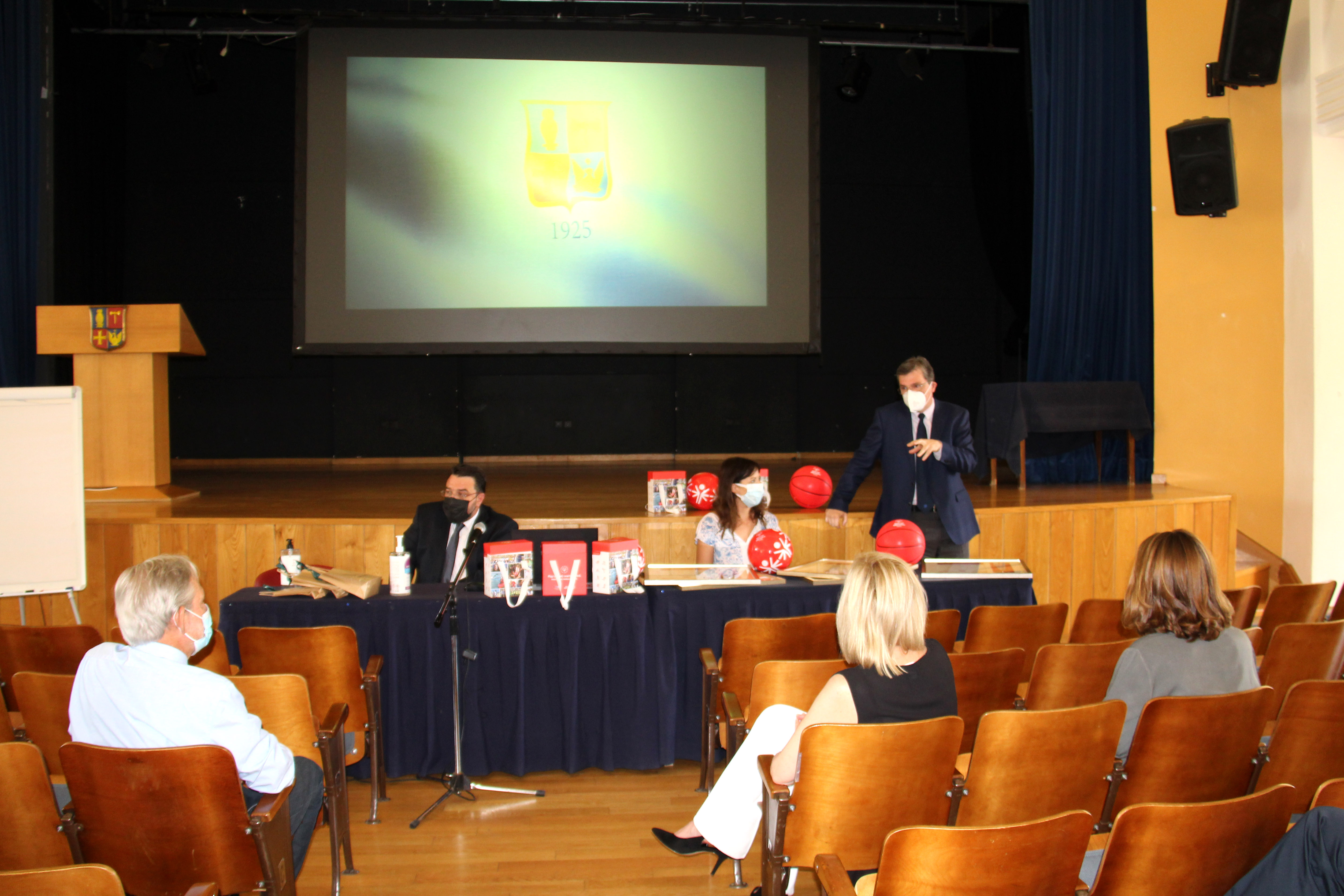 Mr. Chrysostomos Symeonidis then introduced Amb. Kodellas who spoke to the audience. 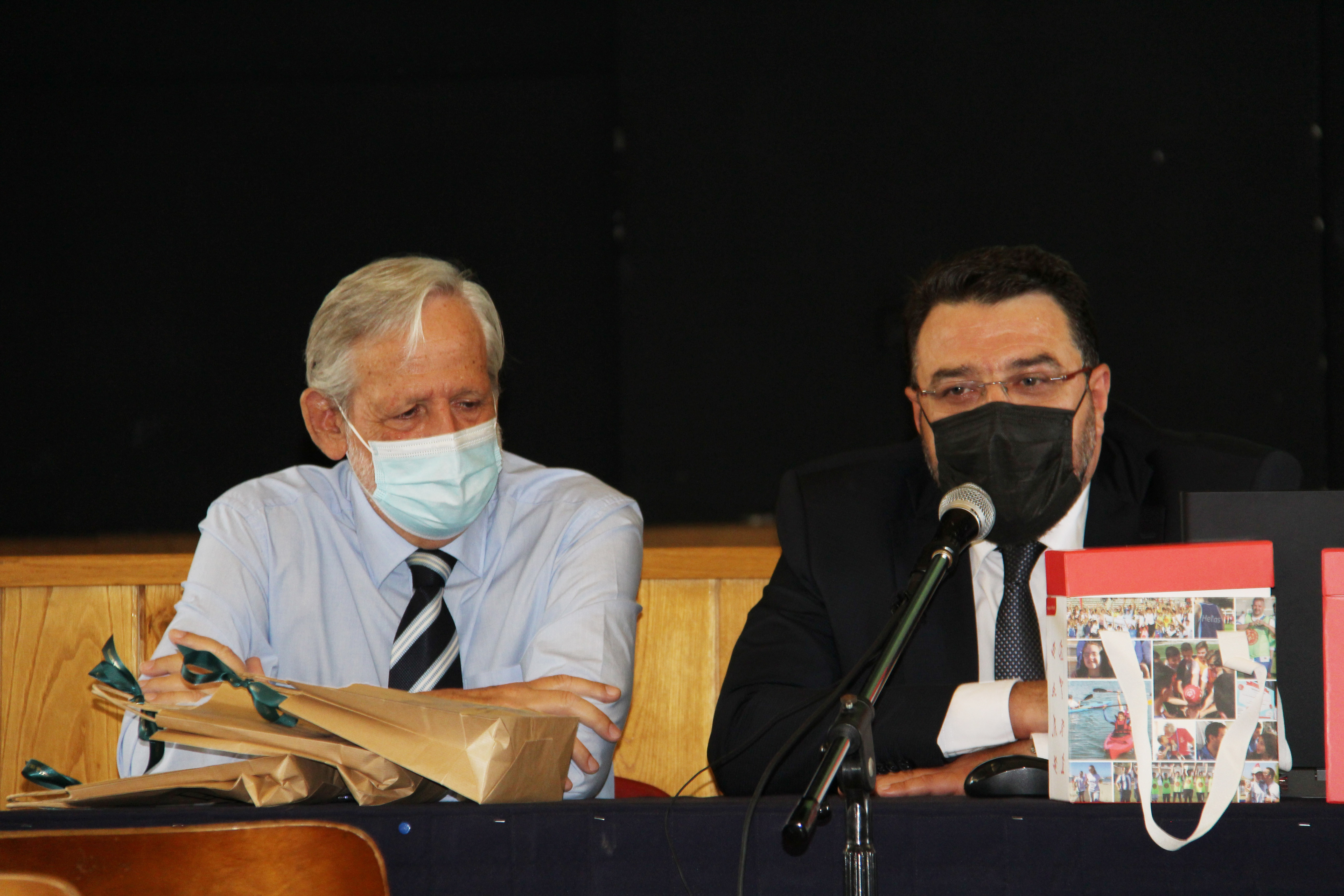 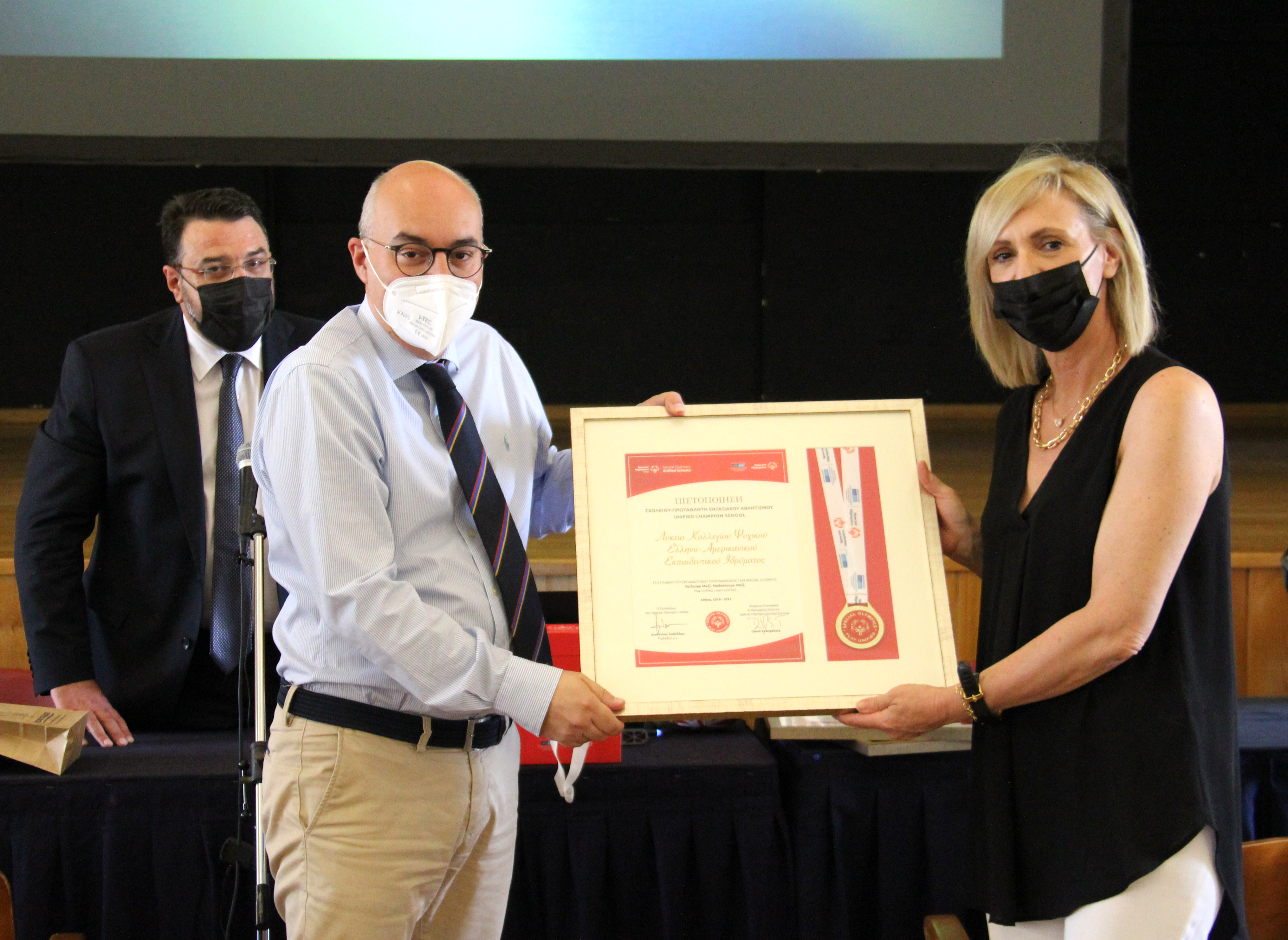 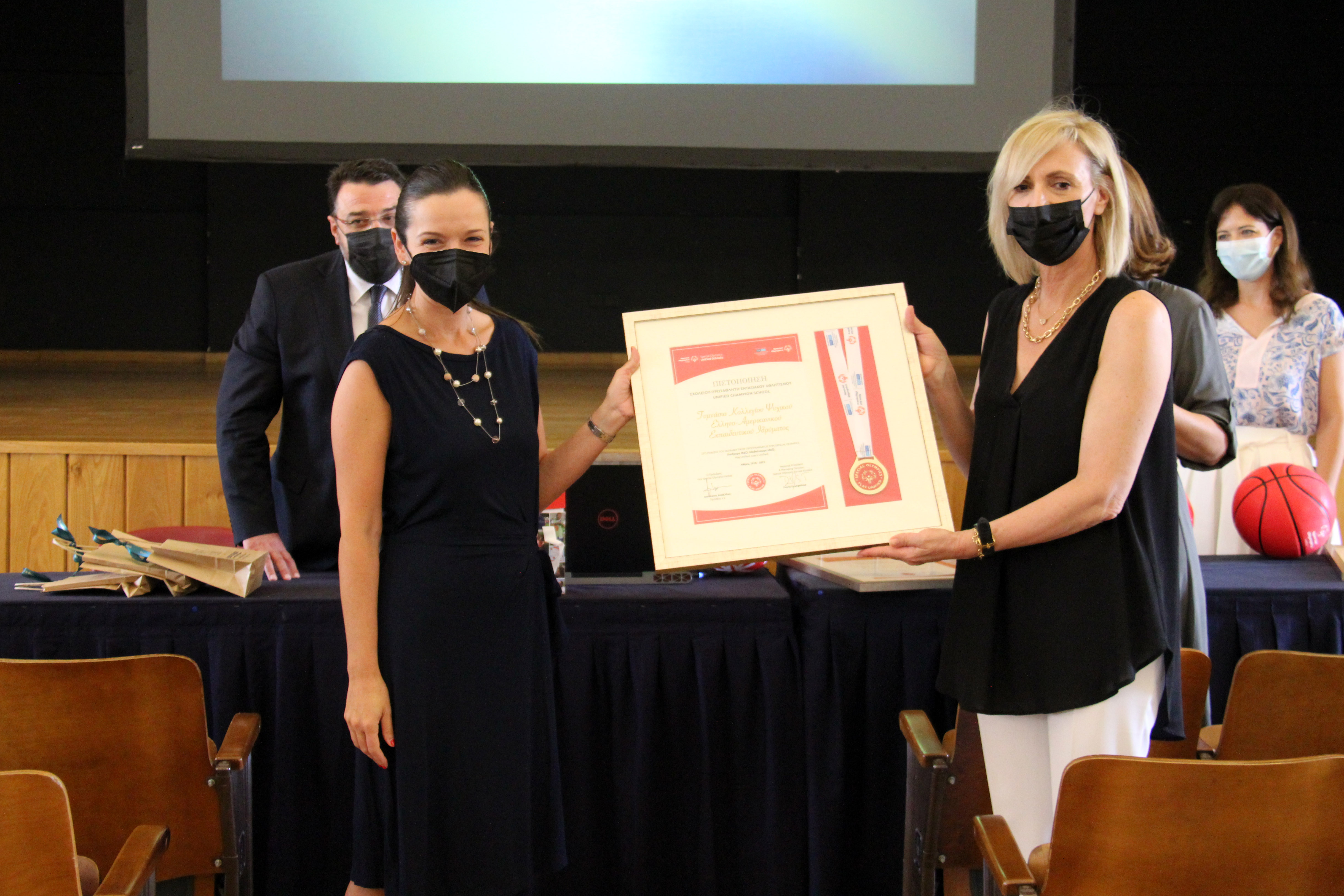 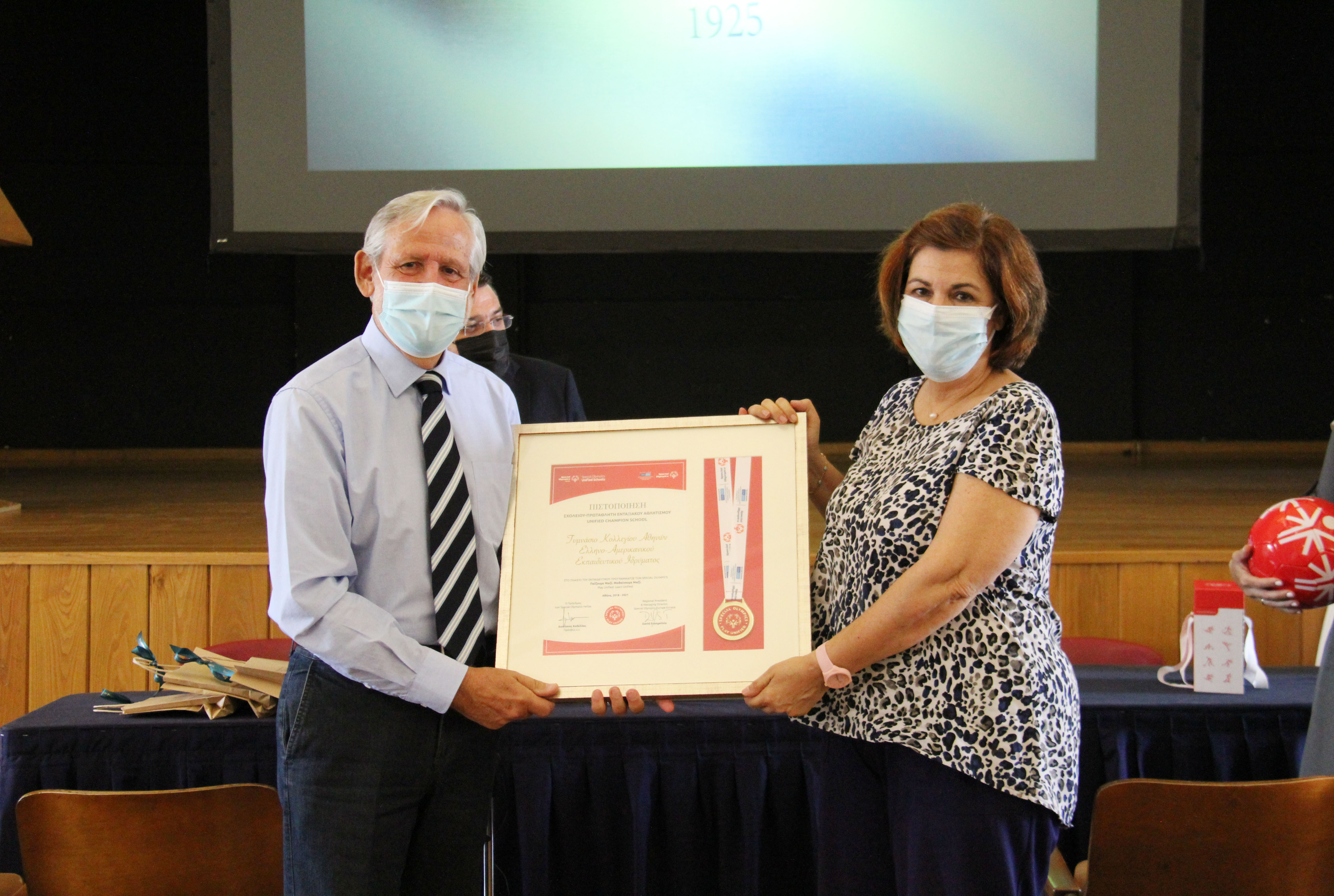 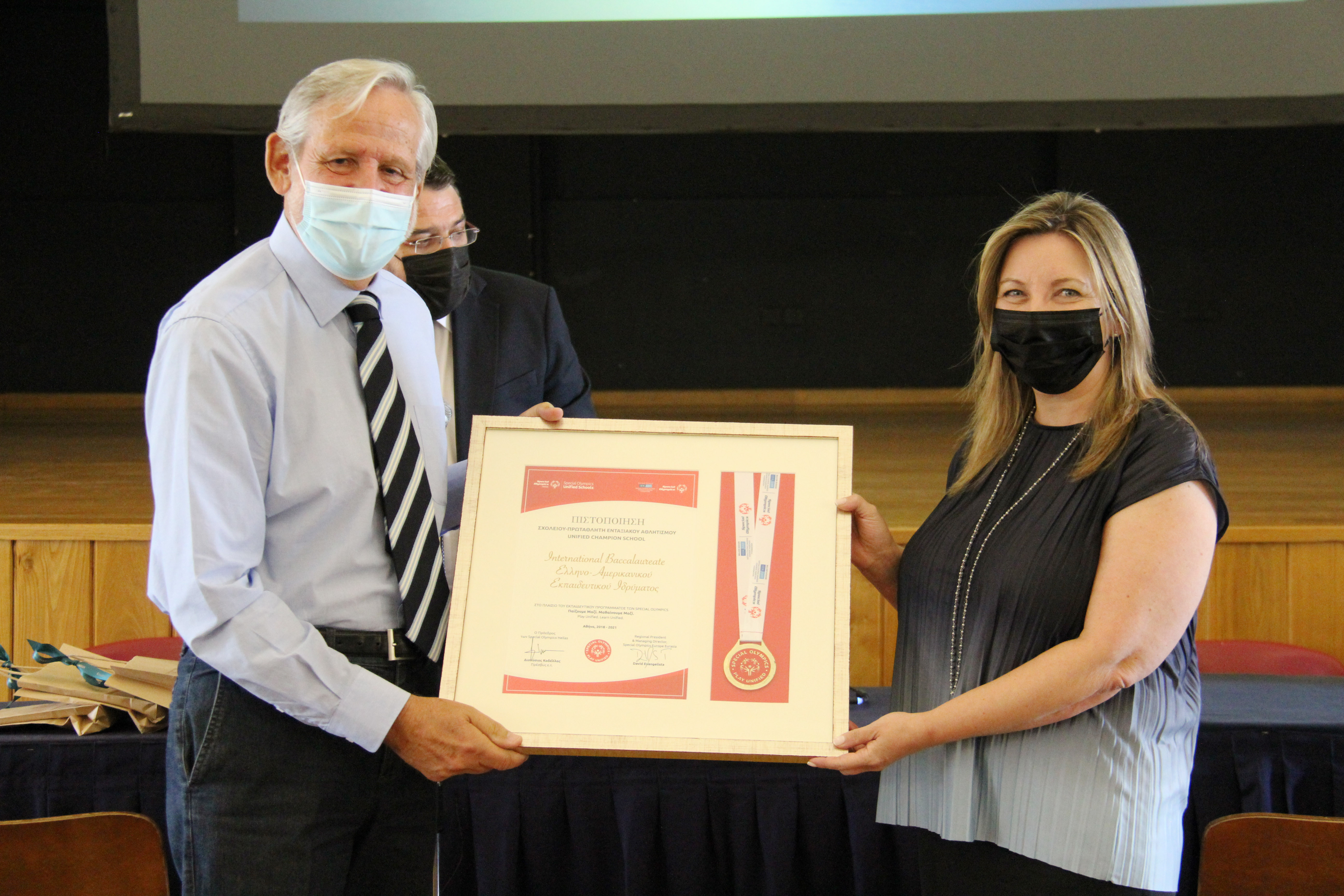 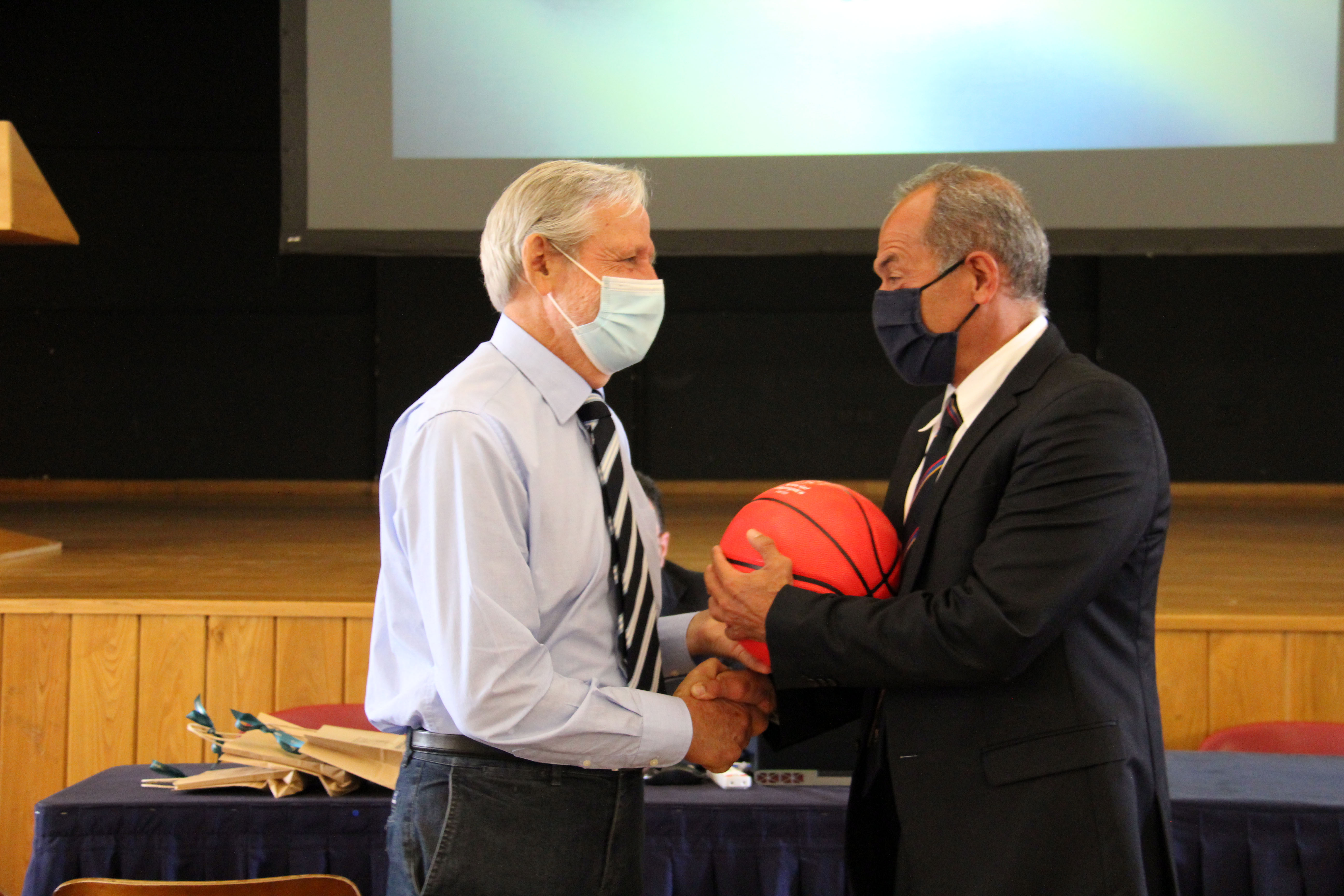 The “Play Unified. Learn Unified” educational program aims to transform as many schools in Greece as possible into communities that accept and integrate persons with intellectual and developmental disabilities.  The College is one of the first of Greece’s 99 certified schools that promote Inclusive Sports and one of its 17 Unified Champion Schools. 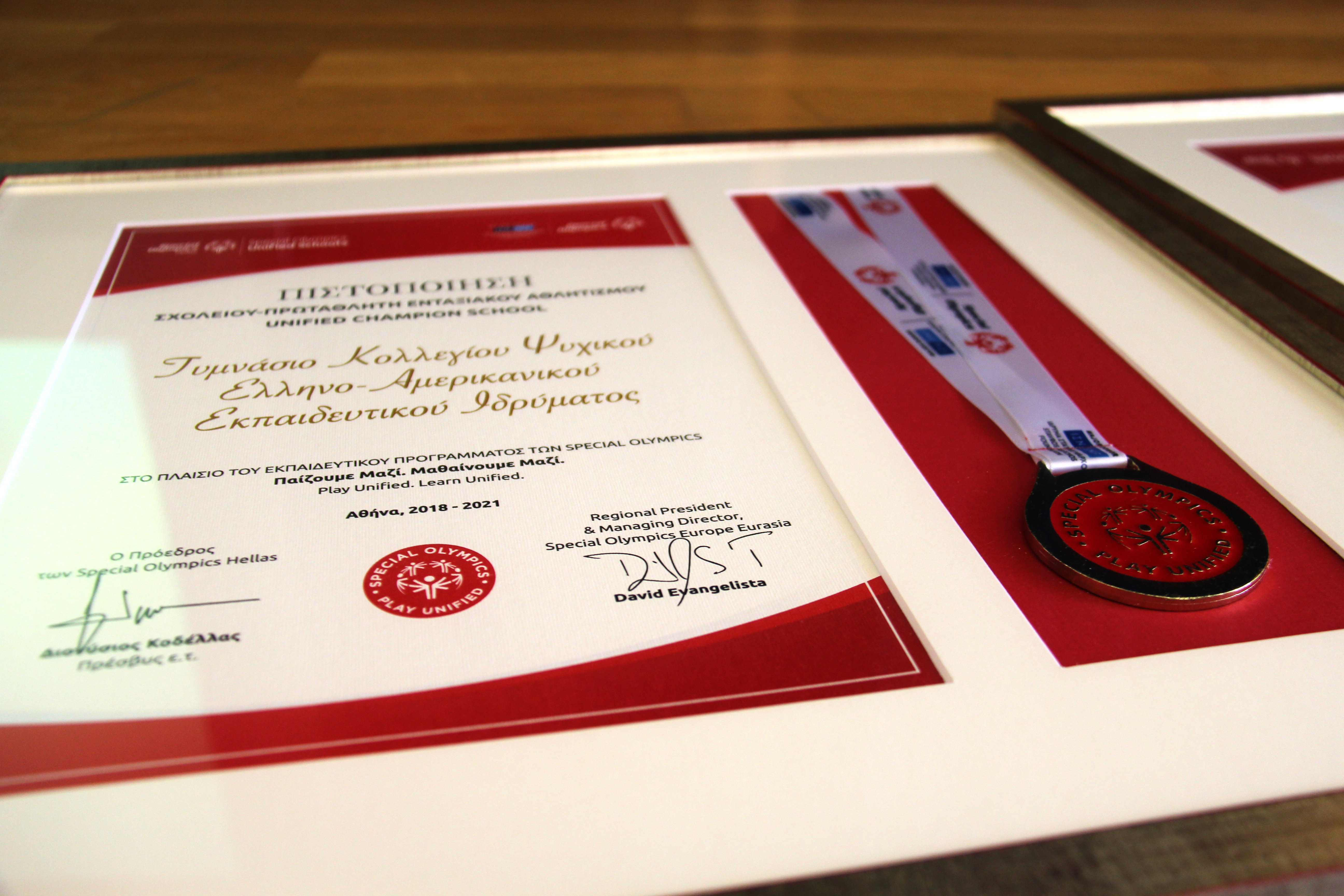 Additionally, in academic year 2020-2021, the Office of Social Welfare and Diversity organized an interdisciplinary, cultural integration action named “We Paint – We Coexist,” in which students across all the school units participated, creating paintings on the theme of acceptance and respect for diversity. The action culminated with an online conference, on April 21, entitled “Athens College – Special Olympics, Coexistence – Diversity.”